Ropeways have proved to be a blessing for terrain not accessible by conventional modes of transport such as bus, train or car. These include hilly terrain, and areas where there is a lot of waterlogging, as around large waterbodies. In such a situation, authorities find it more feasible to build ropeways rather than to construct airfields or lay down train tracks.

Ropeways today have evolved beyond the days when a simple cable-car could carry not more than one or two people at a time. Today, the ropeway is a massive project that has proven to be a useful mode of public transportation. With the capacity to transport up to 200 people at one go, it has the strength and stability to withstand not only the harshest of environmental conditions, but also to effectively transport large numbers of people on a daily basis.

Today, ropeways are a familiar sight across the world, with the best-known ones being the Peak-to-Peak Ropeway in Canada, the Titlis Rotair Ropeway in Switzerland, the Vanoise Express in France among others.

The Peak2Peak Gondola, a tri-cable gondola lift in British Columbia once held the world record for the longest free span between ropeway towers at 3.03 km. It is still the highest point above the ground in a cable car. With a capacity of 4,100 people per hour, a line speed of 7.5 metres per second and a ride time of 11 minutes, the Peak2Peak is one of the world’s biggest ropeways.

Similarly, the Titlis Rotair Ropeway in Switzerland is the first revolving cable car in the world. At 3,238 metres above sea level, it revolves its way to the summit of Mt. Titlis, treating the traveller to idyllic panoramic views. The ride time from Engelberg to Mt. Titlis is 30 minutes and the total capacity is 2521 passengers per hour.

The Vanoise Express in France is another well-known ropeway. Costing over 15 million Euros to construct, this ropeway has a double-decker cable car which was finally inaugurated in 2003. Each level has a total capacity of 200 people, and thus the aerial lift can complete a trip in 7-10 minutes. The Vanoise covers a distance of 2 kms and travels at a speed of 12.5 km/h. When it was opened, it was touted to be the biggest, longest and fastest cable car in the world.

Ropeway construction is a very technical process, with the parts pre-assembled at a factory in modular fashion. These parts are made of solid steel, to withstand the worst pressures and to have increased longevity. Since ropeways are frequently constructed on difficult terrain, the prefabricated steel parts are flown by helicopter to the venue, where highly expert engineers use the components to first construct the towers and stations and then the cables and cars. The electrical fittings such as the hydraulic motor, the brakes, the cylinders and the gearbox are built into the construction and finally, a roof is built onto the structure.

Ropeways are subject to various inspections and several rounds of testing before they are authorised as fit for public use. Not only are they subject to internal checks but the government conducts fitness checks on them too, owing to the huge responsibility associated with such a mode of transport. All these checks are country-specific, but they are usually mandatory and are usually a part and parcel of ropeway construction.

Today, ropeways can be considered a mode of safe, alternate transport; with specialized ropeways that ferry passengers, cargo, funiculars, raw materials etc from one place to another. Ropeway installation has become increasingly common with such projects being taken up on a frequent basis, and today one finds previously untouched terrain navigated – thanks to the ingenuity of ropeways.

Ropeways are a true product of human ingenuity and innovation; and a manifestation of what wonders technology can do in the field of urban transport. While they definitely are a great source of tourist revenue, they have also revolutionized the urban landscape, and improved the urban transport scenario for the better.

An environmentally friendly mode of transport, ropeways are also a path- breaking mode of transport for the fact that they have low dust and carbon emissions and are a cheap and fast mode of transportation. They also create transport routes over previously inaccessible terrain and are ideal for sensitive or challenging terrain.

In India, we have seen cable cars over the years at hill stations, which are very effective in moving people and goods. Recently the Ministry of Road Transport and Highways, Govt. of India, has planned to kick-start 18 new ropeway projects totalling about 90 km across the country in the next few months.

We look forward to see how this redefines urban transportation and brings in a wave of ropeways across the country.

Every time a road is built particularly in a rural mountainous region, it causes irreparable damage to the environment. The expensive quarry-based materials that are

Ropeways have proved to be a blessing for terrain not accessible by conventional modes of transport such as bus, train or car. These include hilly 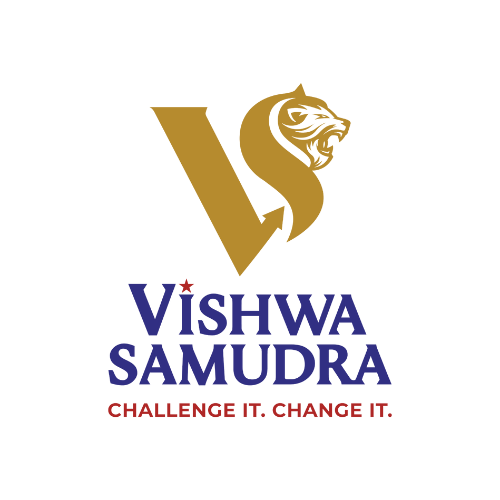 VSE is part of the Vishwa Samudra Group – a multilateral business conglomerate headquartered in Hyderabad, India, with over 25 companies.